Mountain biking is full of inherent dangers, that’s what makes the sport so exciting.

I hate to see people riding without helmets. It makes me feel physically sick.

The article below sums up my feelings on the subject in one sentence:

Click Here
Posted by Stu Leake at 03:16 No comments:

Fit For a King

I rode the trails at Coed y Brenin yesterday for the first time. A lot has been written about this place already, the majority of it good, so it’s difficult to add something that hasn’t already been said.

I’ve been looking forward to riding these trails for some time now and they certainly didn’t disappoint. Translated from Welsh ‘Coed y Brenin’ means Kings Forest and the trails there are certainly fit for a king. In fact if I was king then that’s where I would ride. It really is that good. Miles and miles of technically demanding single-track coupled with superb facilities at the visitor centre all add up to a right ‘royal’ day out.

I started out riding the Tamwar trail. Designed as an introduction to what the rest of the trails have to offer its short (5 miles) but super technical and will have you desperate to get out and ride one of the longer trails.

Back at the car the sun was shining and all was good with the world. I decided to tackle the Dragons Back. The trail offers 25 miles of black graded single track, a couple of horrible climbs and some amazing views across the Snowdonia national park.

Three hours later, I trundled back into the car park. My legs ached, I couldn’t feel my forearms anymore and my hands felt as though they had been welded to my bars. The only thing I could think of was when I would be coming back. That’s how good it is. If you ride a mountain bike and haven’t been yet then go there. If you don’t own a mountain bike then buy one and then go and ride the trails at Coed y Brenin. I promise that you won’t regret it.

Nothing better to do

Now I'm no fan of the police but this really makes them look like the idiots that I've always thought that they are:

With crime rates going through the roof and more convicted criminals out roaming the streets than ever before it's good to see that the good old boys in blue are putting their time to good use.

Some pics of the epic trails at Lee Quarry: 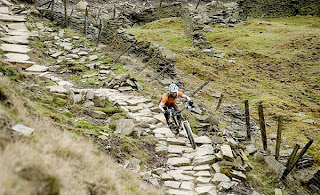 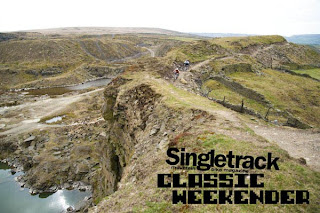 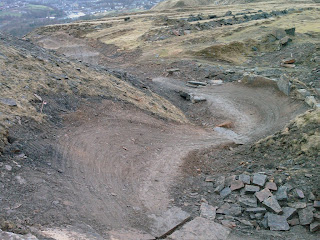 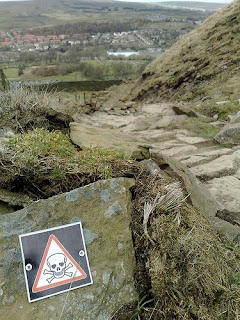 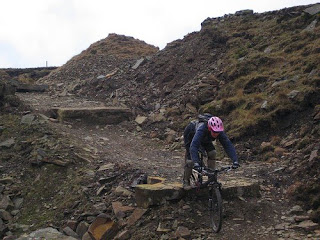 I know that it’s not in Wales, but I rode the black run at Lee Quarry on Sunday and couldn’t wait to blog about it!

I rode the red route there a couple of weeks ago and it was awesome. The black however is a whole different ball game! It’s short, super technical and an absolute blast!

As you can imagine there are rocks and lots of them - Really big, big, and pretty big ones. One of the downhill sections hugs the side of the open quarry wall while you pick your way down a series of steep scary looking rock slabs. If you’ve ever ridden the Gully Monster on the Moray Monster trail in Scotland then its similar, but a whole lot scarier!

Anyway, I didn’t clear it. I nearly went over the bars and ‘dabbed’ twice. I can’t wait to go back there and give it another go though.

There are also some great skills areas with obstacles ranging from do-able to just downright mental – skinnies, rocks (again), see-saws and jumps bigger then you could shake a Santa Cruz V10 at! In summary it’s short, sweet and although it’s at the more technical end of the trail grading spectrum there is something for everyone.

It’s an hour away

There’s no real trail centre just a car park about a half mile from the quarry. There are loads of shops nearby though for ‘essentials’

As I'm going to be spending some time in the North West I've decided to spend the summer weekends riding the trail centers of North and South Wales.

I started last week at coed llandegla and I plan to ride Coed y Brenin next weekend.

As well as riding each trail center I'm going to blog with details of the ride - good points, bad points etc.

So here's the summary guide to coed llandegla:

Good Points
It's only an hour away.
Friendly, good mannered riding.
The black run is a blast.
Epic views.
The girls in the cafe are gorgeous, so are the bacon butties

Bad Points
Not the most natural of trails.
Bloody midgies
The red route aint worth the journey 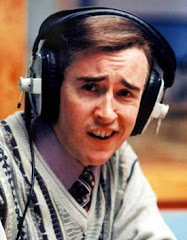